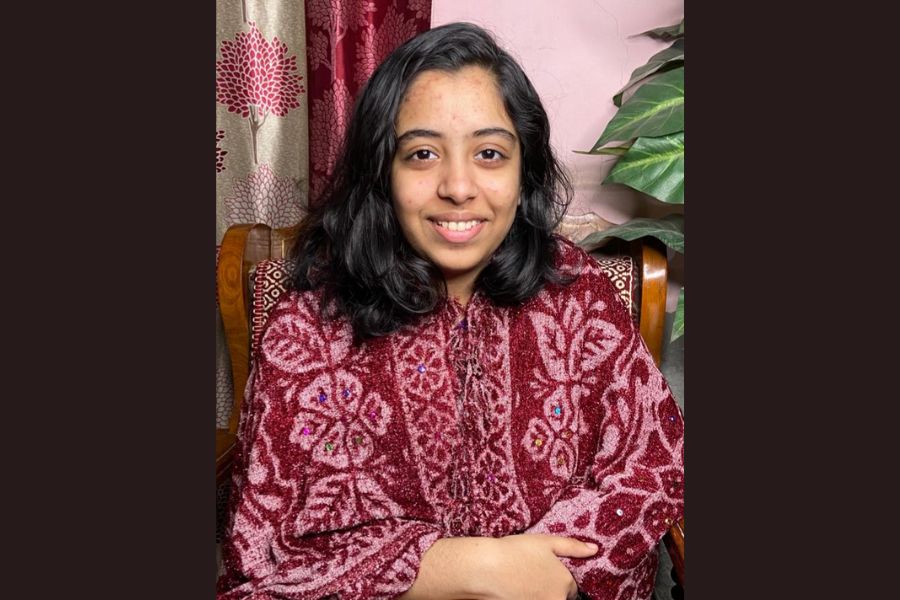 Riya Sammi is a gifted child. At the tender age of just 2 years, she had learned to hold her pencil correctly and used to draw doodles on walls, the floor or paper. Little did her mother know about her abilities until her class teacher told her and appreciated her drawing skills. Her tryst with destiny began when she was in 1st standard and there has been no looking back for her since then.

A student of Mother Global School, Riya was born in Delhi on July 15, 2008, to Sonia Sammi. She initially started painting as a hobby and later it turned into her passion. Her Art teacher Priya noticed her skills and approached her to participate in an inter-school competition for the first time.

Sonia has been supportive and has always encouraged Riya to enhance her skill and talent. She played a pivotal role in her daughter’s life and always helped her with her practice and taught her never to give up. Thus began Riya’s journey into the world of art.

She won her first trophy in the 5th standard. In 2019, she joined Fine Line Art Academy to hone her skills. Her teacher Ashish Deshmukh helped her learn the traits of art and became her mentor. To enhance her skills further, she later joined Kalaaakar Foundation and under the guidance of Jaya Arora, founder of the academy, Riya was able to display her artworks in many galleries.

For Riya, art is like therapy that gives her peace. She likes to explore more of her talent and put her dreams on canvas, to speak her mind to the world. She won 3rd position in the 5th standard in an art competition organized by the India Meteorological Department (IMD). She was honored by the Health Minister Dr. Harsh Vardhan. Later in the same year, she participated in a Zonal State Level competition and got the first position in painting.

Till now, Riya has more than 70 awards and certificates to her credit and has amply demonstrated her caliber to the world. In 2019, Riya stood first in the 7th Inter-School Annual Painting Competition. In the same year, she participated in national and international workshops held by Kalaaakar Foundation.

In 2020, she bagged the first position in Hastlekhaa’s Online Handwriting Competition. The following year, she begged Junior Artist Gold Award in the International Online Art Exhibition at Dakshita Art.

Such is the passion of this girl that even the COVID-19 pandemic could not stop or interfere with her participating in competitions organized during those stressful times. She participated in Baylabee’s creativity contest in 2021 and the International Online Art Competition where she got Best International Artist Award.

In 2022, she participated in the All India Swachh Bharat Art Competition and received an Excellence Award for it. She also begged for Gold in the 4th International Art Competition organized by AKM Kala Sangha. Recently, she won a cash prize of Rs.1000 and first position in the ASN International Competition, CBSE Expression Series.

As she hones her skills and gets experience, Riya’s future is only going to shine brighter with time.

If you have any objection to this press release content, kindly contact pr.error.rectification[at]gmail.com to notify us. We will respond and rectify the situation in the next 24 hours

Know the Risks and Dangers Before Investing In Cryptocurrency

The long-awaited trend in regional music is here!