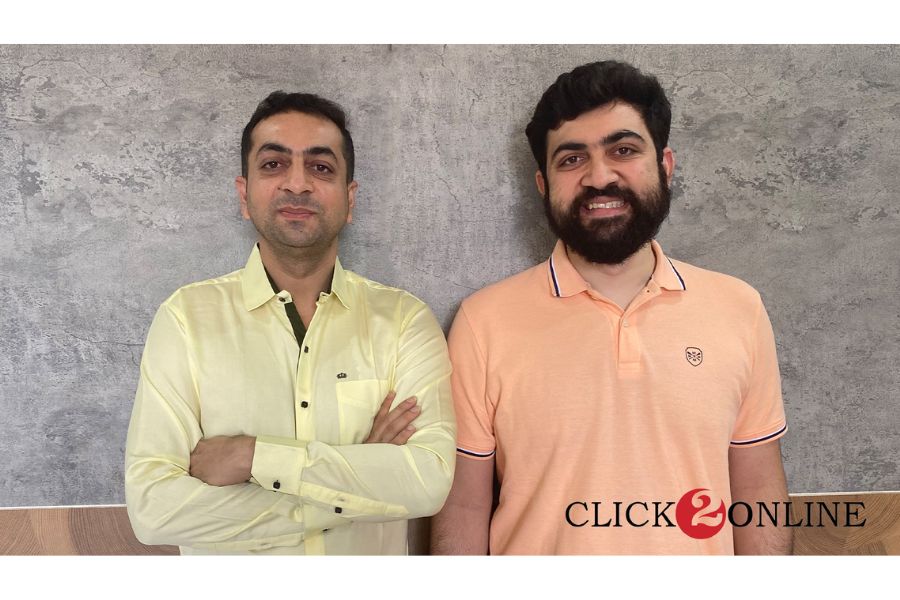 June 10: With Amazon’s entry into the Indian market in 2013, the Indian e-commerce business began to expand. People began to use the internet for convenience, and businesses began to tap into the online market. Everything was done online, from reserving a cab to getting vegetables delivered to your house. However, the ‘Small merchants’ community suffered the most in this online race. These tiny sellers began to miss economic prospects due to their lack of literacy and internet connection. To make matters worse, the world was struck by a pandemic. This severely disrupted their day-to-day activities and company.

During the Pandemic, Click2Online was formed in 2020 to solve the problem of small retailers. The founders of Click2Online, Rushabh Buricha and Nimesh Buricha, launched the company with a Two-person team and grew it to a 45-person workforce within a year. The Pandemic compelled the entire world to undergo digital transformation, and selling online became a requirement for enterprises of any size. Merchants benefit from the company’s experience and direction, as well as a digital makeover. It began by offering Amazon Account Management services to merchants and has now expanded to include e-commerce behemoths such as Flipkart, Meesho, Paytm, Shopclues, and Snapdeal. It has over 600 active merchants and is expanding its global seller base.

The issue, according to Click2Online, was that Indian merchants were unfamiliar with internet selling and were sceptical of the procedure. It began by informing them that internet selling is critical to the business’s survival and that it is entirely secure. It has aided merchants in moving their offline to online operations. It has also aided in developing an online selling trust factor, as most merchants believe that online selling is dangerous. Amazon recognised Click2Online as an official trusted service provider and advertised the company after seeing its exceptional performance.

Many merchants noticed a significant increase in earnings, with some seeing monthly sales of 4 lakhs to 7 lakhs. One of the Click2Online’s clients said, “During the Pandemic, I felt helpless because sales began to fall month after month owing to the lockdown. We benefited considerably by selling online and have been pleased with Click2Online’s counsel and service. We value their approach of ‘Client centricity and friendly crew. Click2Online is a digital partner which helps businesses start their digital transformation journey. It has been advising and consulting a number of businesses for two years and helping them sell in this internet market.